In January 2017, I did a Martin Luther King Day walk with my son and my in-laws.  I met my Congressman, Don Beyer, who was lovely; funny, thoughtful, smart and could name every Arlington School Board member by name.  One of his staffers snapped a photo of us and posted it on Congressman Beyer’s Facebook page.  I shared it and a friend, who knew a great deal about my cup gifting to professional cyclists declared that my Congressman was “cupworthy”. 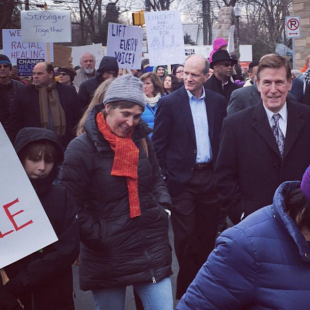 I agreed.  He was cupworthy but, I couldn’t exactly give him a bike cup so I had to come up with a different solution.  I found these E Pluribus Unum decals. 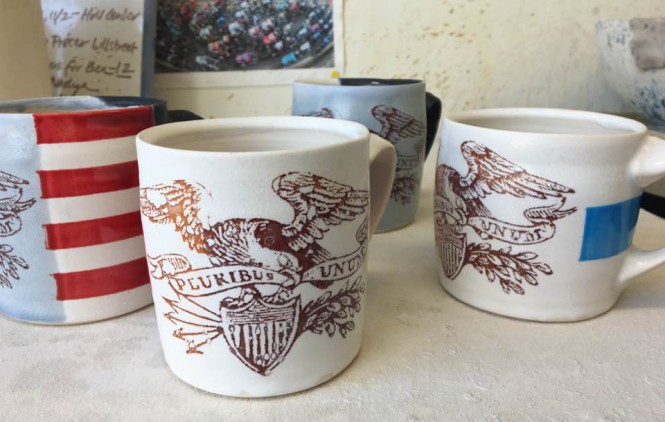 So, I went to Congressman Beyer’s office and gave him a cup and left this letter with it:

I am one of your constituents and I am also an artist and a functional potter. This cup is a gift in recognition of your public service.

The decal on this cup says, “E Pluribus Unum” which translates to “Out of many, one.” I have great respect for how you uphold this philosophy and how you understand that we are one community made up of many different people.

I appreciate and respect your commitment to representing your constituents and upholding the values of the Constitution and for seeing what already makes America great.
You value the truth, facts and science.
You look objectively at issues and proposed policies and cast your vote based on facts and data rather than a set ideology.
You understand the impacts of climate change.
You support a quality public education. (I met you at the MLK, Jr. walk in Falls Church and I loved how you could name all the members of the Arlington School Board.)
You believe that standards of ethics and transparency apply to all representatives.
You honor all people.

I hope that you enjoy this cup that I made especially with you in mind and that when you drink out of it you are reminded how much what you do means to the people that you are representing.

He wrote me a handwritten thank you note: 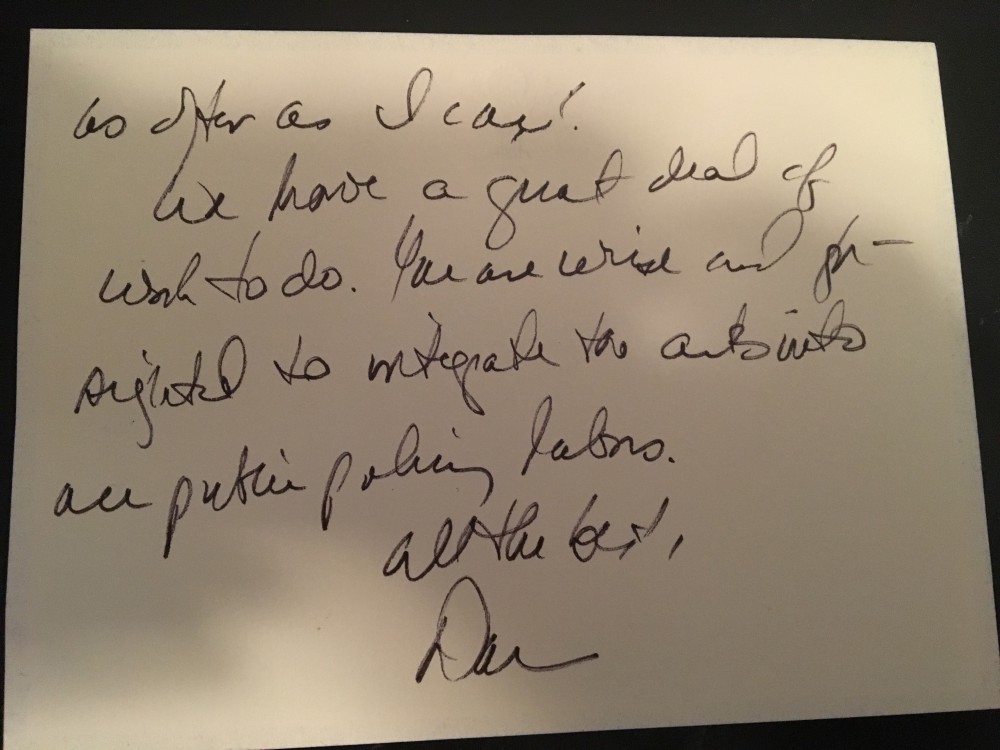 If you can’t read the handwriting (this is the back) it says (and I especially love this line):

“You are wise and foresighted to integrate the arts into our public policy labors.”

At the end of March I was able to meet Senator Tim Kaine and give him a cup as well.   When I handed him the cup he was drinking coffee from a paper cup- he immediately poured the coffee into his new cup and started drinking from it. 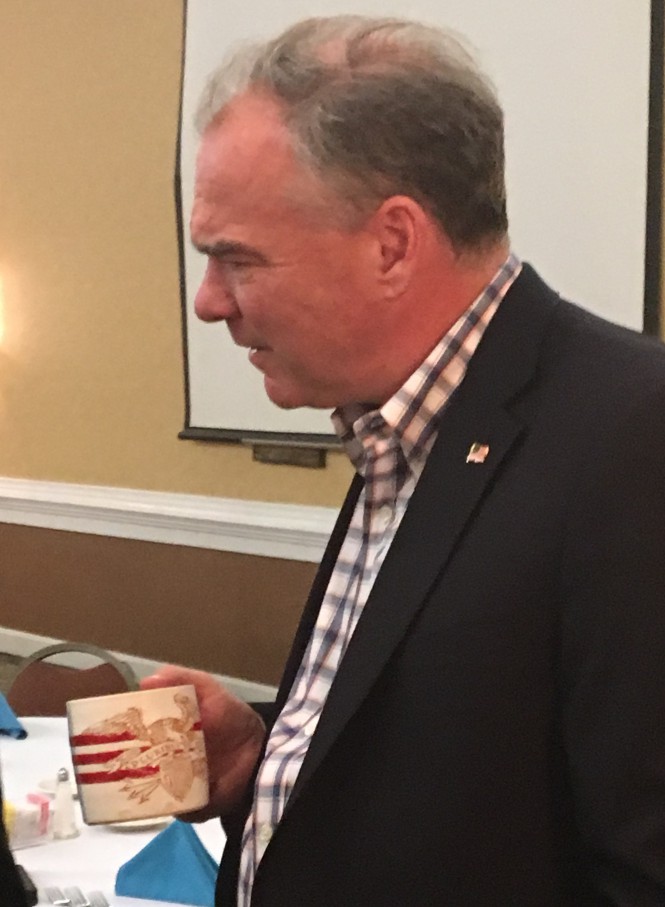 He said that this cup was going to be his office cup.   A few weeks later one of his staffers sent me this photo. 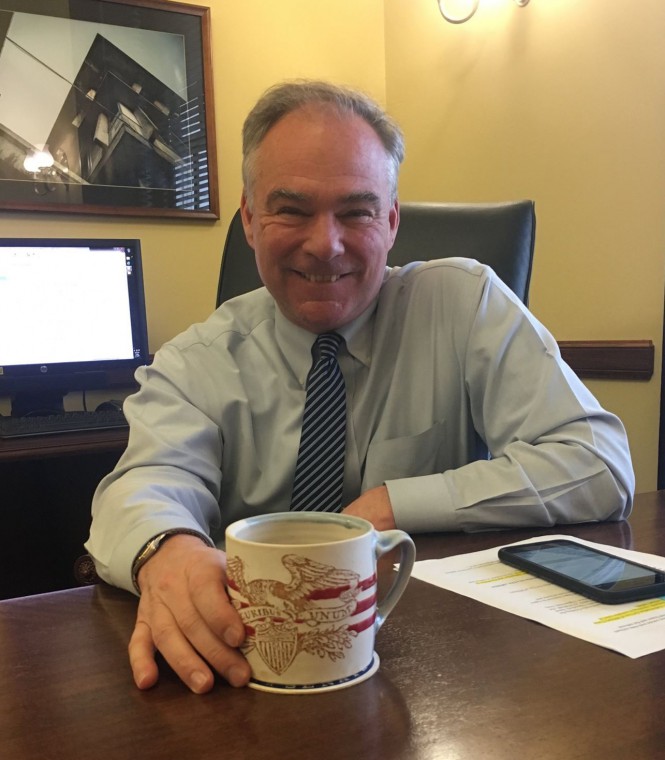 As a functional potter, I like to imagine the work that I make going out into the world and making a difference- even if it is just a small sense of awareness of the moment or of what you are drinking. It is especially meaningful to me to know that this cup is being used in the office of Senator Kaine. It is in his hands as he listens and thinks and makes decisions as he works to represent the people of Virginia and to uphold the values that make America so great. His staffer added that it is his new favorite cup and that he has used it every day since I gave it to him. He is most definitely cup worthy.

Since then I have also given cups to: 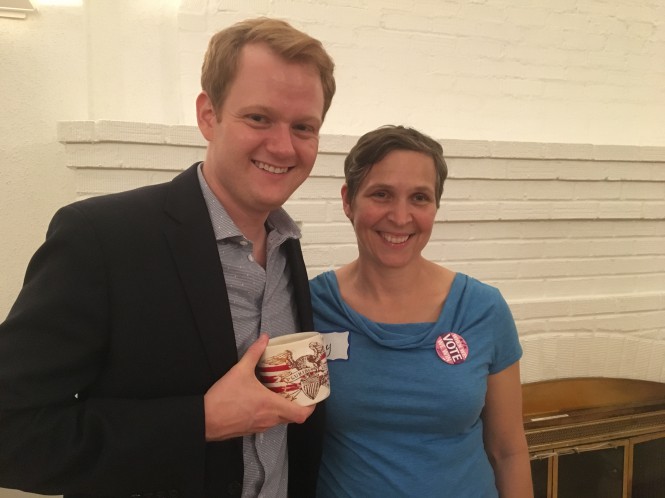 Delegate Sam Rasoul from Roanoke- a person with a positive, thoughtful and thought provoking vision about how to move our state, our country forward together- 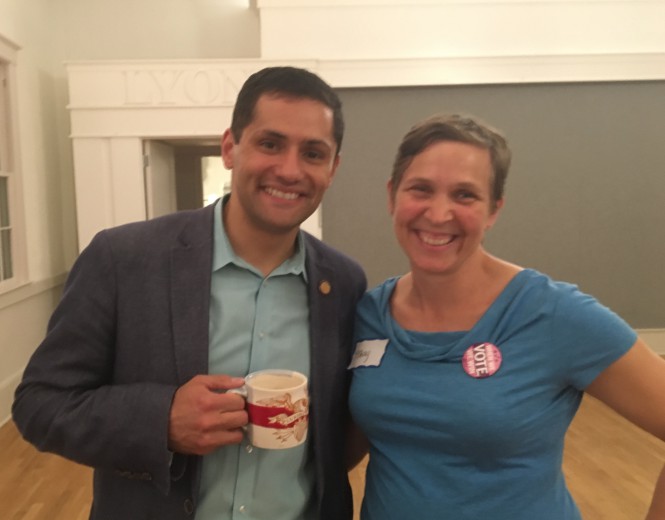 One of Arlington’s great Delegates, the passionate, Alfonso Lopez- 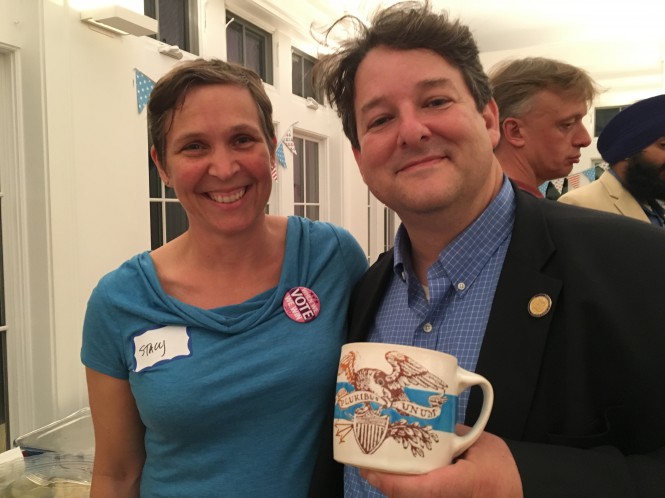 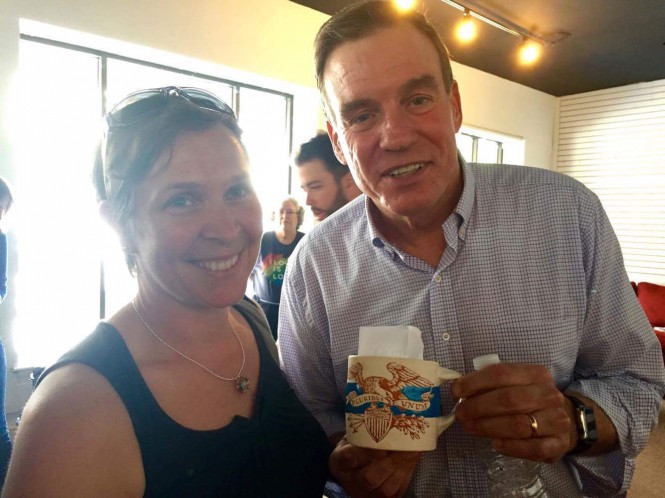 Here’s to hoping for many more cupworthy representatives to come!!!